The issues of classification and detection of the objects, as well as land cover forms using remote sensing data are frequently discussed in the literature. The technological development and increasing computing power has contributed to emerging increasingly innovative solutions allowing for exploiting greater amount of data. In combination with growing number of open-access repositories, the possibilities of presenting new solutions develop as well.

Some repositories, apart from publishing data for free, also ensure regularity and continuity of its publishing. Satellite data gathered and shared within the Copernicus(1) programme may be an example of such repository. Within the programme, data concerning Poland is updated in 5 or 6 days intervals, depending on what constellation it is gathered by. Such approach allows for exploiting satellite imagery for the purpose of multi-temporal analyses. Those analyses enable assigning the unique feature to the examined object, which is time-variation.

For the purpose of creating LAB/opegieka’s own classifying solution, we have decided to use crops time-variation feature, basing the analysis on the multi-temporal radar satellite imagery collected via the  Sentinel-1 mission. Processing the radar data using convolutional neural networks allowed for preparing a prototype of the solution, which goal was automatic detection of the crops of the winter rapeseed within a period of autumn in the Greater Poland Voivodeship and the Kuyavian-Pomeranian Voivodeship.

Optical imagery collected via the Sentinel-2 mission is extensively used by agricultural applications focused on analysing crops using the satellite imagery. It allows for calculating many useful vegetation indices such as NDVI(2) or EVI(3). We also had been planning to use optical imagery from the Sentinel-2 as an entry data for prepared solution. However, it turned out that choosing the complete datasets for training and validation for every research area was unfeasible due to the high cloud cover of the images.

The following graph illustrates the average cloud cover of the imagery, that has been calculated since the beginning of data acquisition via the Sentinel-2 mission. It is easy to notice that cloud cover occurred  especially in the autumn period, so within the crucial timeframe for the project implementation.

The average cloud cover of the imagery in the area of Poland for certain months since July 2015 to December 2019; own elaboration

Radar satellite imagery collected by the Sentinel-1 turned out to be the alternative data source. The technology used in collecting its imagery allows for obtaining complete information on the terrain regardless of the cloud cover. Due to that fact, collecting necessary data in fixed six days interval becomes feasible. Such approach allowed for selecting the proper training and validation datasets, both being required for preparing the solution. 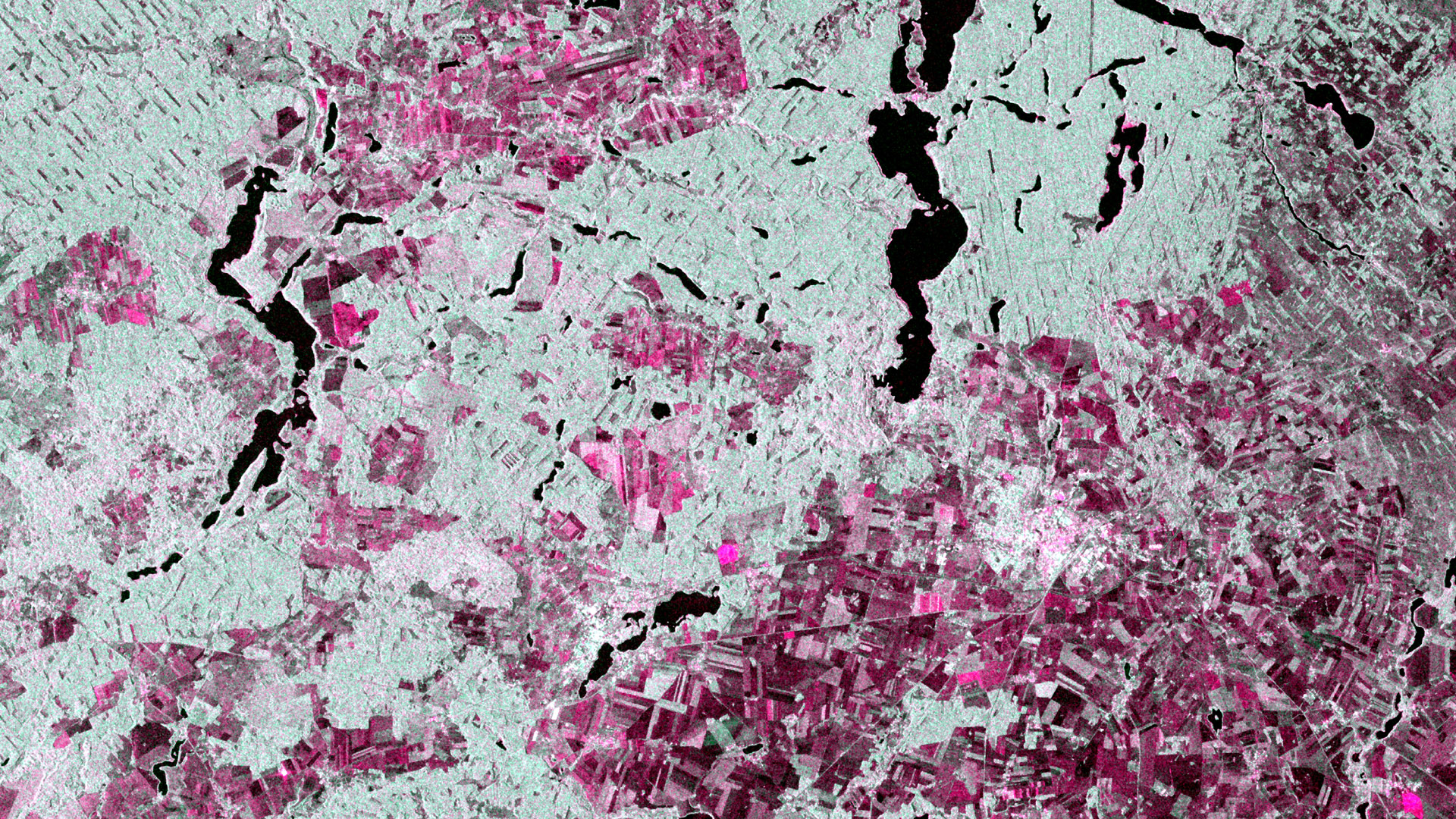 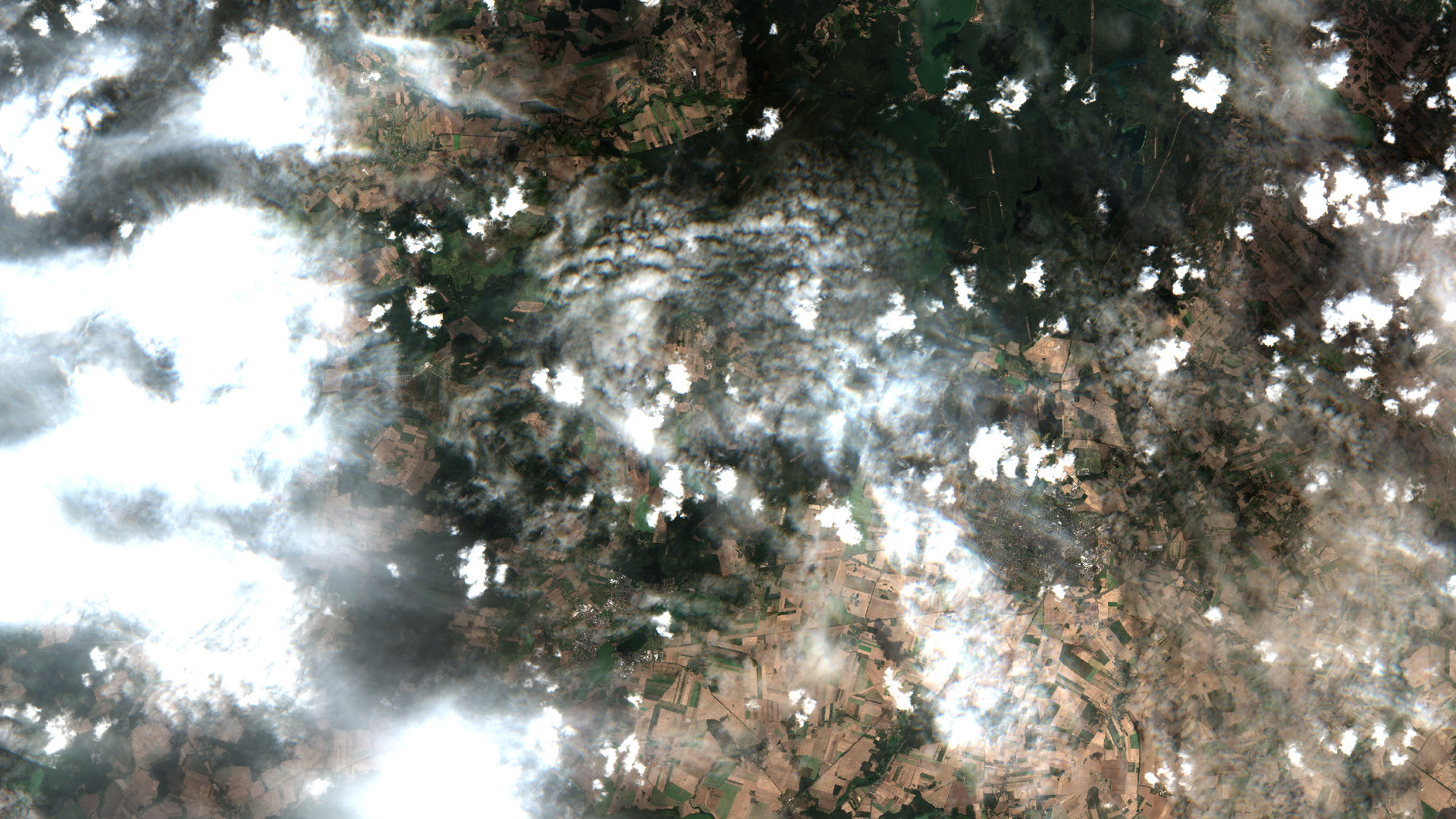 We have chosen 5 images acquired between 27 August 2018 and 14 October 2018. Such approach was aimed at gathering information on rapeseed location already in the middle of October. 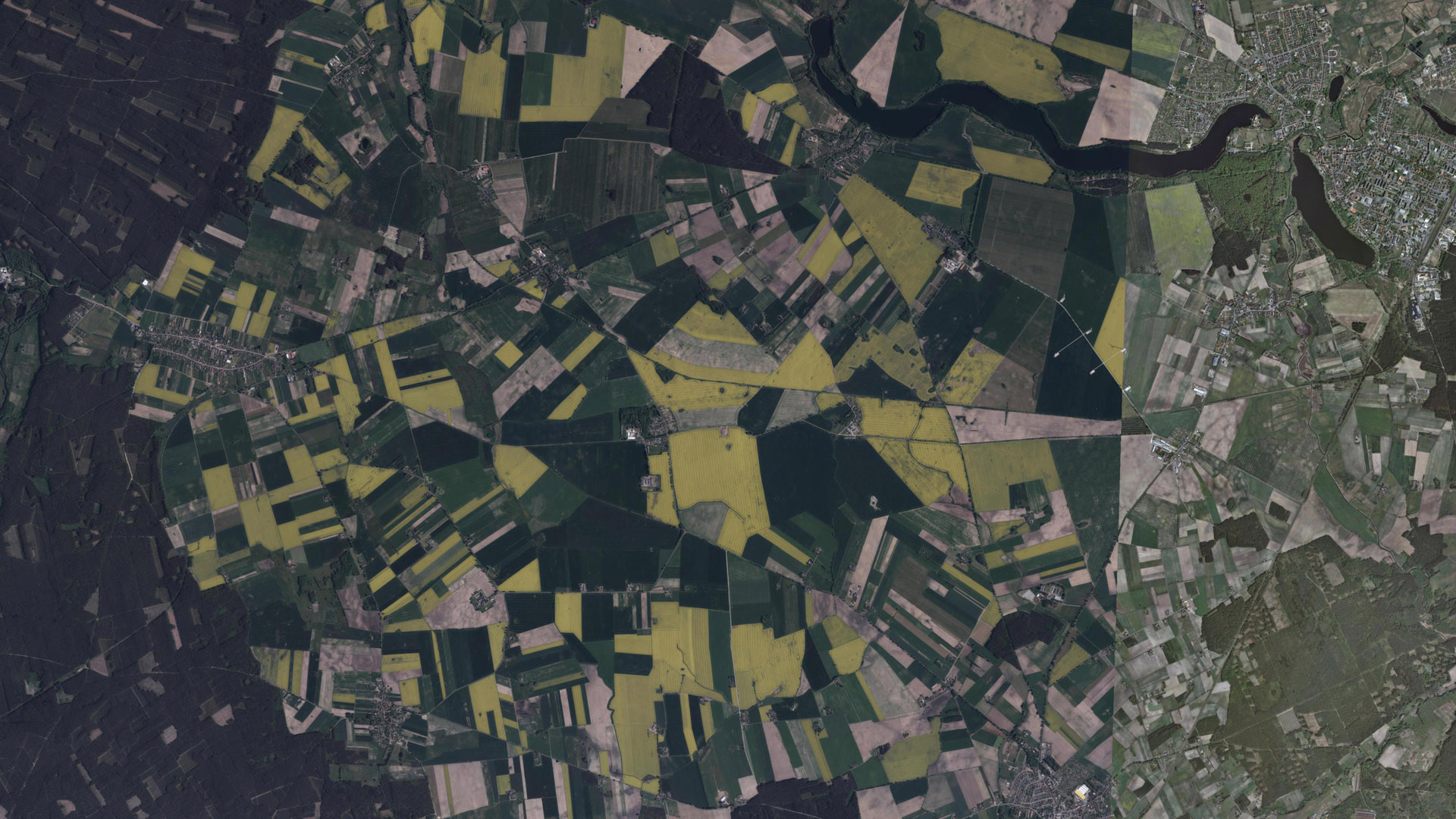 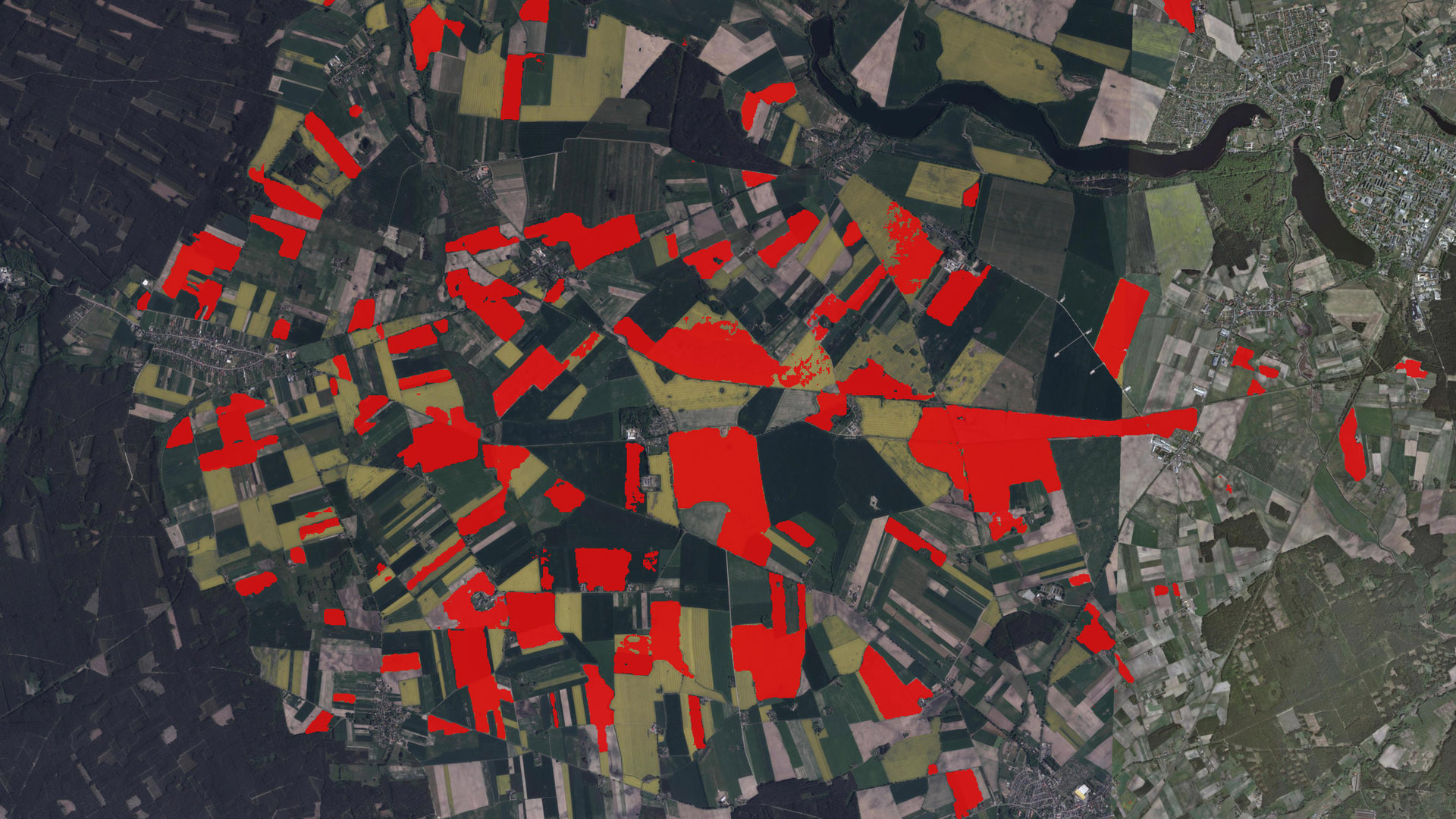 Orthophotomap had been generated using the WMS Geoportal

Estimated accuracy of the solution for 2018 for the dataset used for validation reached over 90%.